Need a Plumber in Chiswick?

Plumbers you can trust in Chiswick for all your heating, plumbing and gas problems

If you’re looking for a plumber in Chiswick for a boiler repair or other plumbing, gas or heating problem then you’re in the right place.

We understand that having a problem with your heating, plumbing or gas is a nuisance and typically happen at the most inconvenient times.

We are Advanced Heating & Plumbing and we provide plumbers in Chiswick and nearby areas who are gas-safe registered and fully trained in gas appliances, boilers, heating and water systems.

What Plumbers in Chiswick can do

In addition to boiler repairs, we provide a full range of gas, heating and plumbing services in Chiswick, London. Here’s just a few:

Booking a Plumber in Chiswick is Easy with Us

Use the online quote button or call us free. Tell us what the problem is. We’ll quote you a price and get your agreement to proceed.


Get the work done

We’ll take your address details and come at a time to suit you. We carry a range of common spare parts so we can usually get things working with one visit.
R

Get on With Your Day

Carry on enjoying your day in the happy knowledge that your repairs are done and everything is working smoothly in your home.

Finding a Reliable Plumber in Chiswick

We are Advanced Heating & Plumbing and we’ve been providing plumbers in Chiswick Households since 1998.

Chiswick is in West London, set above a looping section of the Thames, Chiswick is a riverside village turned desirable suburb, with attractive period properties and generous green space.

Chiswick was first recorded c.1000 as the Old English Ceswican meaning “Cheese Farm”; the riverside area of Duke’s Meadows is thought to have supported an annual cheese fair up until the 18th century.

Chiswick House was designed by the Third Earl of Burlington, and built for him, in 1726–29 as an extension to an earlier Jacobean house (subsequently demolished in 1788); it is considered to be among the finest surviving examples of Palladian architecture in Britain.

If you need a plumber in Chiswick, West London, or surrounding areas then contact us. 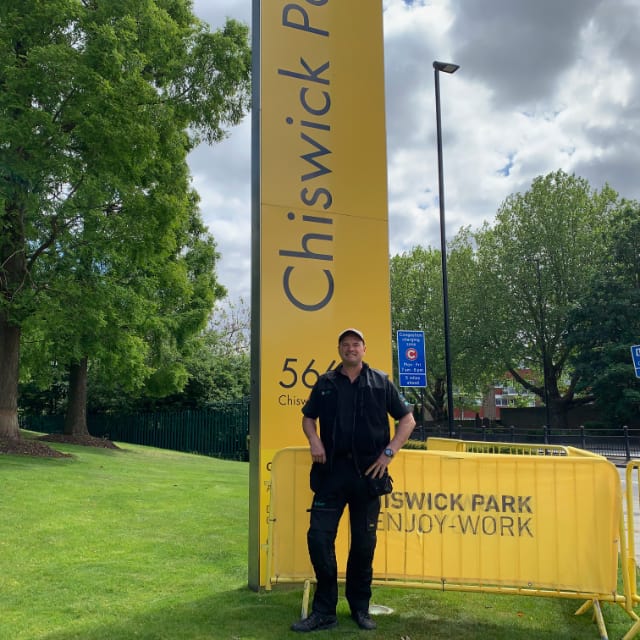 Tony has worked for us twice, the last a difficult job replacing an aged boiler that was in a confined space. He was very well organised and professional and he and his colleague Taylor always courteous. When replacing the controller, there was a particular problem created by our old programmer’s wiring and he worked on it relentlessly until the system was working perfectly. Definitely recommend.
David Fisk
Tony and Taylor were very efficient and friendly. We went out and left them to get on with the work of installing our new boiler. When we came back the job was done: very much to my satisfaction. I have no hesitation in recommending them.
Peter Chadwick
Superb service provided by the boys from AHP – an old boiler inspected and the new one installed in record time; throughout this the guys were professional and skillful whilst remaining friendly and personable at all times, answering every question and returning phone queries within minutes. I would not hesitate to call again should the need arise and can only recommend their effectiveness and friendly demeanor.
Dal K.
READ MORE REVIEWS

Schedule An Appointment
Or Get an Instant Quote

Get an Online Quote

We use cookies to ensure that we give you the best experience on our website. If you continue to use this site we will assume that you are happy with it.OkPrivacy policy